Car Seats: Selecting the Right One

Posted by Maria to 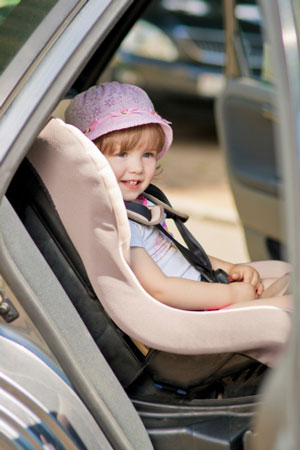 Vehicles transport those prized and precious possessions called children. Unfortunately, in case of an accident, no vehicle totally protects them. Yet, an efficient car seat helps protect children from serious injury. As a result, in the United States, every state requires young children be secured in a car seat, while the vehicle is in motion.

The two prominent types of car seats are infant and convertible.

When installed, an infant car seat faces the back of a vehicles seat. They’re made for children who weigh 22 to 35 pounds and are 29 to 35 inches in length. Most children use infant seats until they’ve outgrown them, which is about age one.

One advantage of a convertible seat is that buying one seat is less expensive than buying two. Nevertheless, convertible seats are sometimes too large for an infant, which means they may bounce around more while a vehicle is moving, or if there’s an accident.

The more expensive car seats sometimes incorporate safety features that are not found in economy models. For example, some manufacturers put extra foam around the inside of their car seats, which absorbs energy from an impact. Also, instead of one strap to secure each set of hips and shoulders, some seats provide a strap for each hip and each shoulder. If there’s an accident, this gives the child more stability.