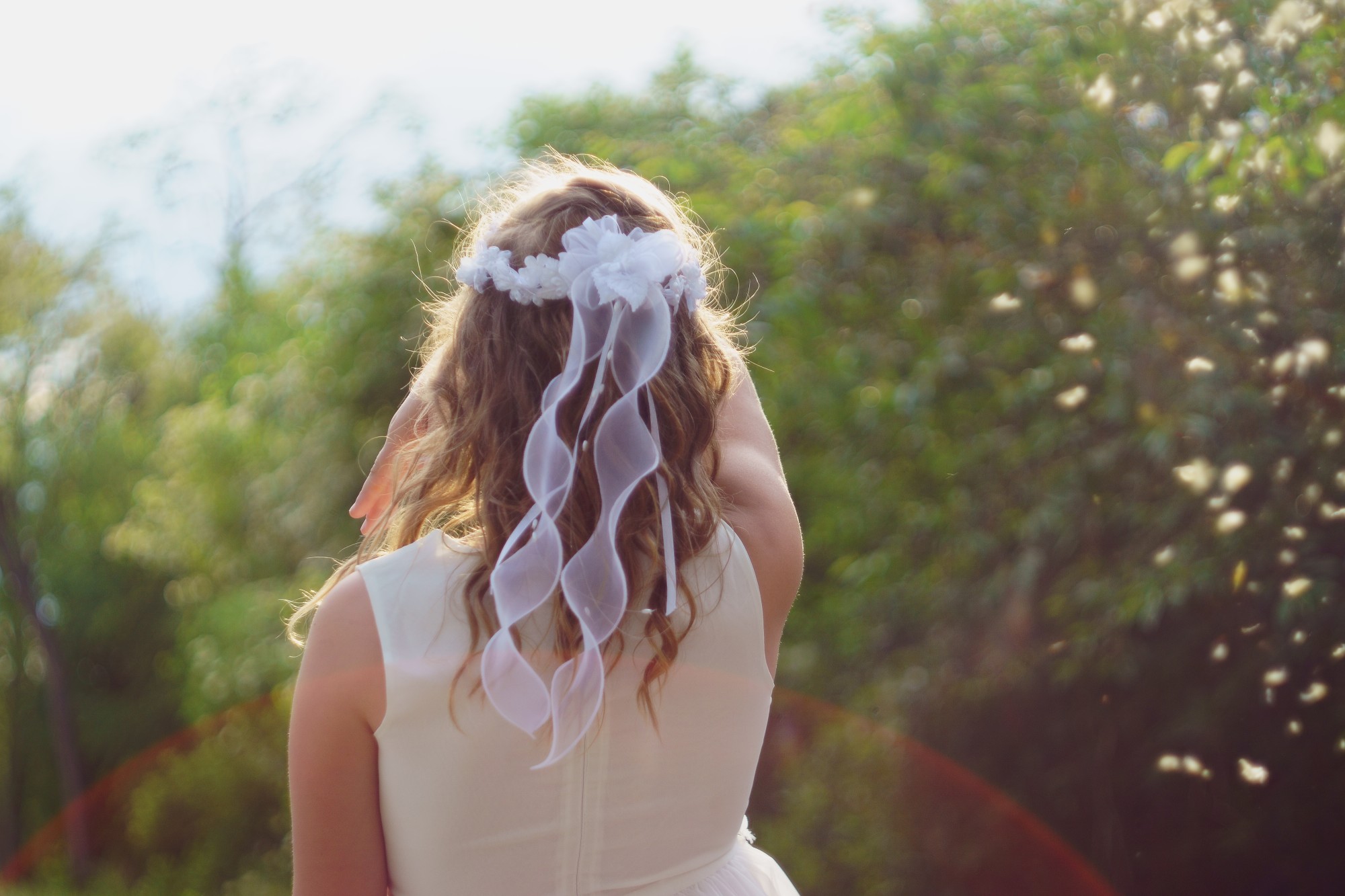 Posted by Martha B Rodriguez to Baby Safety

When you’re getting ready for a new baby, there’s a lot of stuff you need to get. Changing tables, cribs, diapers, baby-proofing supplies, bottles, clothes, toys – the list goes on. But there’s one item you’ll use more often than almost any other single thing: your stroller.

Choosing the right stroller is a big deal, since it will be your constant companion any time you leave the house. Unfortunately, strollers haven’t always been safe for kids or parents.

Read on to learn about some of the worst stroller recalls in history and how to find one that will protect your child and work well for you.

The idea of a stroller that converts flawlessly into a car seat is a parent’s dream. No trying to mess with a million straps, buckles, and snaps every time you get out of the car. But the Combi Shuttle Travel System, a carrier designed to transition between a car seat and stroller, turned out to be no dream.

The system worked fine when it was acting as a car seat, but the stroller conversion wasn’t solid. Parents discovered the seat could fall out of the stroller, dumping their child. The company recalled the stroller in 2017.

If you have young children, you know that they will put absolutely anything in their mouth. It’s their way of exploring the world, and once they start teething, there’s no limit to what they may chew on. Uppababy Strollers learned this the hard way with the 2015 Cruz.

Parents discovered the stroller’s grab bar was covered in soft foam. Soft enough foam, in fact, that children could take a huge chunk out of it and potentially swallow it. Uppababy had to recall the 2015 model that same year before any children could be harmed.

Britax B-Agile and BOB Motion Strollers with Click and Go

Britax and BOB had to recall their B-Agile and BOB Motion strollers in 2017 after they discovered a structural problem with the models. Like the Combi Shuttle Travel System, these carriers were supposed to convert from a car seat to a stroller. But also like the Combi, parents discovered that the stroller could drop the carrier when it was in use.

In some cases, rather having parents go through the difficulty of returning their dysfunctional stroller and have to get a new one, companies will send out parts to repair the malfunction in the old stroller. That’s what Britax and BOB elected to do in this case. They sent repair kits that parents could use to stabilize the strollers at home.

The Aria Child GB Qbit Lightweight stroller had several problems in 2015 and 2016. For one thing, the company discovered that children’s hands could get caught in their folding side hinge. But that was the least of their problems.

This particular stroller model would also collapse and fold up unexpectedly, which was extremely dangerous. Aria Child reached out to parents and issued huge recalls immediately, offering to send parents the Qbit LTE model as a replacement.

Parents reported that the handlebars on these strollers were flimsy and would crack under use with a child. Some of the handlebars even detached entirely. Sycamore Kids, the company that makes the stroller, recalled 4,000 of the strollers in 2004 and 2005 and sent parents to authorized repair centers for a free replacement handlebar.

In 2010, Graco recalled their MetroLite stroller due to a series of incidents that happened between 2003 and 2005. Kids kept getting stuck in the space between the food tray and the bottom of the seat. This was traumatic for the kids and parents and resulted in some minor injuries.

Graco also decided to recall the strollers due to changing safety standards. In 2008, the stroller industry decided to enact a voluntary standard that required that strollers have a larger opening above the bottom of the seat to prevent kids from getting stuck.

Most strollers today come equipped with a set of locking brakes for the wheels. These prevent the stroller from rolling away while you’re getting groceries or chatting with a neighbor on the sidewalk. They’re also a safety measure to keep someone from grabbing the stroller and wheeling it away if your back is turned.

But in the case of the Bugaboo Bee strollers made between 2007 and 2009, this system failed. Parents would engage the brakes while they were on a slope, but the stroller would just roll away. Bugaboo sent out free repair kits to any parents who had this problem with their stroller.

New strollers had to ensure that fingers couldn’t get caught in folding hinges and latches and locks couldn’t fail. Seatbelts had to be child-proof and secure, and parking brakes had to meet new functionality requirements. The regulations also addressed broken wheels and a number of other structural problems.

What to Look For in a Safe Stroller

If you’re buying a stroller for an infant, you want to make sure you find one that’s suited for them. Many strollers don’t offer the head and neck support that newborns need for the first six months. Make sure the stroller specifically accommodates newborn needs before you buy it.

You may also want to look for a stroller that you can fold up with one hand. Trying to juggle holding a baby and opening or collapsing a stroller is difficult. Find one that’s easy to fold up but will hold its structure when it’s open.

Having washable fabric is a good idea because no matter what age your child is, they’re going to make a mess. You don’t want to have to choose between a food-stained stroller or a seat cover that has to be specially cleaned. Also take a look at the rest of the materials on the stroller to make sure they’re not easy to break off, chew on, or swallow.

Although you definitely want a sturdy handlebar on your stroller, if you can find one that’s adjustable, that’s a good idea. That way dads who are over six feet tall, moms who are around the five-seven range, and teenage babysitters who are only five feet tall can all use the stroller comfortably. Look for secure locking adjustments and handles that can stand up to a beating.

There are a few different options you have available to you when you’re shopping for strollers. The most basic style of stroller is the single or all-purpose stroller. This is designed to hold one child and works for most of your daily activities, including going shopping or walking around the neighborhood.

Lightweight strollers are great for parents on the go. As their name suggests, these are a little lighter than their traditional counterparts, and their slimmer profile makes them easier to navigate in crowded areas, such as amusement parks and zoos. They’re also good for air travel, as they can fold up and fit in an overhead compartment.

Jogging strollers are meant for the parents who like to run. They feature a strong suspension system that ensures your child has a smooth ride even on slightly uneven roads or sidewalks. They also have a tripod wheelbase that provides more stability so you don’t have to work so hard to balance the stroller while you run.

If you have multiple young kids, a double stroller can be a lifesaver. These feature two seats, either situated next to each other or one in front of the other. These are reinforced to hold the weight of two kids and make it easier for parents going on outings by themselves to manage both kids at once.

When it comes to picking a baby stroller, you don’t want to compromise on safety. Stroller recalls are serious, and you don’t want to have to worry about your child’s safety in their stroller. Do your research, read up on which brands provide the best safety, and choose a style that works well for your family and your lifestyle.

If you’d like to find the best selection of baby strollers, check out the rest of our site at Ideal Baby and Kids. We have all the tools you need for parenting, from bedding and toys to first communion and back to school supplies.

Check out our selection of strollers and find the right one for your child today.

Wow! This could be one particular of the most beneficial blogs. I used to be able to find good info from your blog posts. Thanks for this article, it clearly explains about baby stroller is in understandable language. If anyone is going away to find more information regarding validated user reviews, and expert advice to help buyers choose the best baby stroller for their kids, then I suggest you to visit this web site lovelylittleone.com. This site helped you as well.

It do not agree